Preserving the Rural Character of the Gaviota Coast

(NOTE:The Naples Coalition merged with the Gaviota Coast Conservancy in 2019 to effectively continue the community’s desire to retain  the rural character of the Gaviota Coast by opposing the residential development of the Naples property. Please visit www.gaviotacoastconservancy.org to review the status of our efforts at Naples and the many other Gaviota Coast issues the Conservancy is engaged in.)

Gaviota Coast, a unique and rare coastal bio-region along the Central Californian coastline, had a “town” called Naples, named after its Italian counterpart. In 1888, an East Coast businessman bought 500 acres of very cheap farmland from the owner of the Dos Pueblos Ranch. His plan was to divide the land into lots of several acres or less and call it a "town". He would then await the completion of the Southern Pacific coastal train route, sell the lots, and likely flee with the money. His scheme faded when the railroad was delayed and he passed away.

Lots in the Naples Township grew in legal stature when they were recorded with the newly formed Santa Barbara County. The County had long maintained that none of these lots could be developed unless they were "merged" into single lots meeting the modern 100-acre minimum zoning requirement. The owners of Naples disagreed. After numerous court decisions, the California Supreme Court ruled against the County's merger ordinance, although the court did not rule on the question of whether or what type of development could occur.

Into this uncertainty came a new owner of Naples, Matt Osgood, an Orange County developer specializing in legally challenging

developments in environmentally sensitive areas. After a lengthy entitlement process which culminated in 2008, Osgood received the County’s approval to create 72 lots on the property. While those lots exist on paper, nothing was built as the Financial Crisis and the resulting Great Recession undercut Osgood’s financial capacity and the lender, First Bank, took back the property in foreclosure in 2010. We actively educated prospective buyers on the unique character of the property and the community’s near unanimous opposition to its development.

Mr. Liu put the portion of the property south of Highway 101 on the market for $43,850,000 in the spring of 2016. The 19 lots encompassing this parcel are the heart of the bluff and the native Chumash village of Kuya’mu. We are poised to educate all potential buyers about our concerns and the unique cultural and spiritual values of the land, while we search for an appropriate solution to this 128 year old land use issue.

The Naples Coalition consists of the Sierra Club, Surfrider, Citizens Planning Association, Audubon Society, League of Woman Voters, and the Gaviota Coast Conservancy as well as unaffiliated individuals. Our goals are to preserve the view sheds, restore the bio diverse habitat, maintain wildlife corridors, protect the sensitive coastal bluff, and provide appropriate public access. We recognize the extreme sensitivity the Chumash Peoples have for this land.

The coalition realizes that some development may be inevitable, yet we resist the idea that the major criteria for development should be to maximize the economic return to land speculators. While respectful of an owners rights, we are also cognizant of the responsibilities of that steward to promote the broad interest of the public.

The Gaviota Coast stretches to the west of Goleta to Point Conception and some would argue 20 miles north to Point Sal. The southerly portion of the coast (Goleta to Point Conception) is the largest relatively intact remnant of the Southern California Mediterranean coastline, one of five representatives of the world’s rarest environments. It is the healthiest remaining coastal ecosystem in Southern California.The Gaviota Coast is the ecological transition zone between northern and southern California. In this position it hosts a community of plants and animals that are unique. Similarly, the Pacific Ocean on the Gaviota Coast is extremely rich in varied marine life, hosting one of the largest summer populations of Blue whales in the world. These largest mammals congregate in the Santa Barbara Channel waters to feed for weeks at a time on the abundant krill produced by the clean and productive waters off the Gaviota Coast.   1400 plant and animal species are found in the broad Gaviota Coast, 24 of which are listed as threatened or endangered.

Another 60 are rare or of special concern. It hosts the largest population of Southern Steelhead in a couple of its short and frolicking streams.The Gaviota Coast is the site of the oldest indigenous settlement in North America. The Chumash developed a rich culture in this abundant land that is being resurrected and celebrated by descendants and the broad community. This coast was visited by Cabrillo who marveled at the extent of the native population. It was settled by Spanish priests who used the broad marine terrace as grazing land. Americans settled here and brought a variety of agricultural enterprises to the coast.And modern society is bringing the threat of “mansionization” and urbanization to the coast, undermining its long agricultural heritage, threatening the continuity of its environmental integrity. It is a land of incredible scenery, rich biology, and cultural significance. 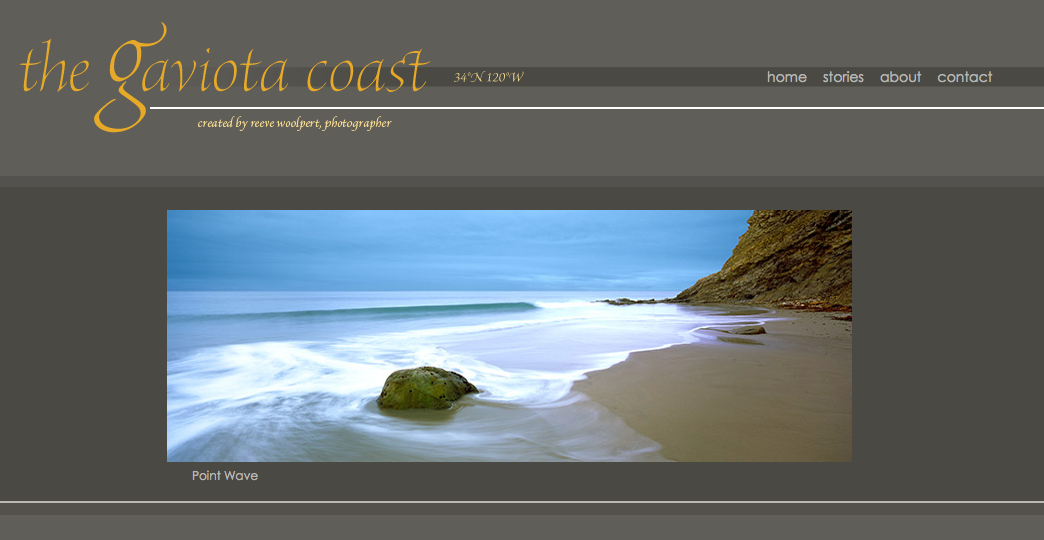 The Last Coast. A video of the Gaviota Coast by Aaron Schmidt

The Hidden Coast. A video of the Gaviota Coast by Justin Faerman

Development projects under review at the Santa Barbara Planning Commission